Why Are Young People So Into Healing Crystals? 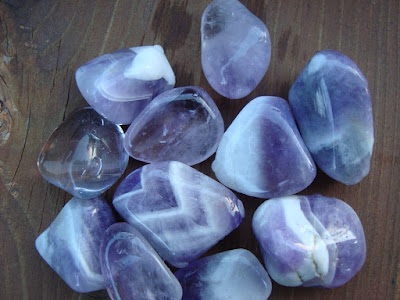 Though crystals first became a hot item during the 1970s, the new target consumers for crystal purveyors are in their twenties and thirties. Brands are “repackaging the cues of mysticism and gems, connecting them to well-being products for a hip Millennial audience,” Lucie Greene, worldwide director of trend forecaster JWT Innovation, told the Huffington Post last year. And they’re reaching a hip, urban, and diverse clientele along with young celebrities like Kylie Jenner, Katy Perry, and Miranda Kerr. In 2016, L0s Angeles’ Crystal Matrix shop owner, Patricia Bankins, said that her predominant demographic has become “a lot of young people” (30 years ago, “middle-aged women and a few gay guys” were the most likely patrons to attend metaphysical classes, Bankins told the Los Angeles Times).

Though Millennials aren’t exactly known for being religious — just half born between 1981 and 1996 believe with certainty that God exists, while only four in 10 say religion is very important in their lives, according to a 2015 Pew study — crystals aren’t purely a material trend. According to some experts, younger generations are opting for spiritual practices like crystal healing because it allows them to mix elements from multiple faiths and ancient traditions into an individualized spiritual practice. Read More
Posted by Robin G. Jordan at 6:44 PM