Tuesday's Catch: Does Your Church Feel Like a Home? and More 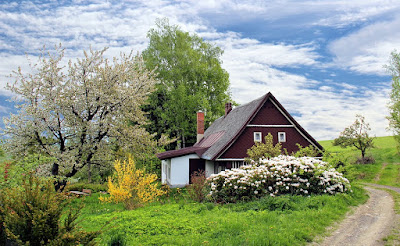 Conceiving of the church mainly as a home rather than an organization has a profound effect on church members and leaders. Read More

Church membership should not consist of rules to keep people out, but ramps to help people grow. Read More

The First Sexual Revolution: The Triumph of Christian Morality in the Roman Empire

Kyle Harper’s From Shame to Sin: The Christian Transformation of Sexual Morality in Late Antiquity (Harvard, 2013) is an impressively learned and important book. Still a youngish man (which means younger than me), Harper is already a professor of classics and letters and senior vice president and provost at the University of Oklahoma. As an expert in the history of the late Roman world, Harper explores in this volume how the Christian sexual ethic, so despised and seemingly inconsequential in the first century, came to be codified in law by the sixth century. Read More

One of the more challenging texts in the NT is found in Matthew 27:51-54. It concerns a rather bizarre event in the wake of our Lord’s death on the cross. Read More

Will a Happy Marriage Prevent an Affair?

Whenever one sees a marriage fall apart due to adultery, one of the first things one hears is, “And I thought they were so happy!” Often, we tend to assume that couples torn asunder by an affair must be secretly in felt turmoil for years. More importantly, we assume that those of us who are happily married are then protected from the same crisis. In a provocative new article, a marriage therapist argues against these assumptions. She argues that a happy relationship is no guarantee against vow-breaking. I think she might be on to something. Read More
Posted by Robin G. Jordan at 5:42 AM