Christian Genocide Is on the Rise as World Leaders Have 'Stood by and Watched,' Persecution Watchdog Head Accuses 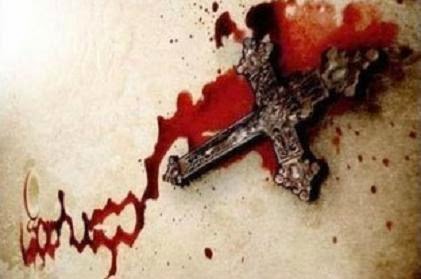 Persecution watchdog group Open Doors has accused the U.S. and world leaders of standing by and watching Christian genocide happen in 2014, following the release of its World Watch List of countries where followers of Christ are most heavily targeted. The group added that Christian persecution is very much a "leading indicator" of major humanitarian problems, such as the rise of terror group ISIS.

Open Doors CEO David Curry told The Christian Post in a phone interview on Wednesday that "there has been a genocide of Christians in Iraq, and the Western world stood by and watched it happen."

He added that for 2015, he would like to see world leaders "understand that the persecution of Christians is a leading indicator, around the world, of major humanitarian problems. It's not that Christians are collateral damage; it's that they're being targeted — and wherever they are being targeted, there are future problems." Read more
Posted by Robin G. Jordan at 1:21 PM